From the time of the historical Buddha to the present day, an unbroken succession of great beings have achieved enlightenment and have dedicated themselves to teaching others the path that leads to awakening. Buddhism was brought from India to Tibet over several generations, starting with King Songtsen Gampo in the 6th century AD, and was finally established as the state religion under King Trisong Detsen in the 8th century AD. In Tibetan Buddhism there is a widespread tradition of recognizing the reincarnations of highly realized teachers. Such incarnations are known as tulkus. They take rebirth out of compassion, and to carry on the responsibilities of their previous incarnations. The Khyentses are such a lineage of reincarnate tulkus. 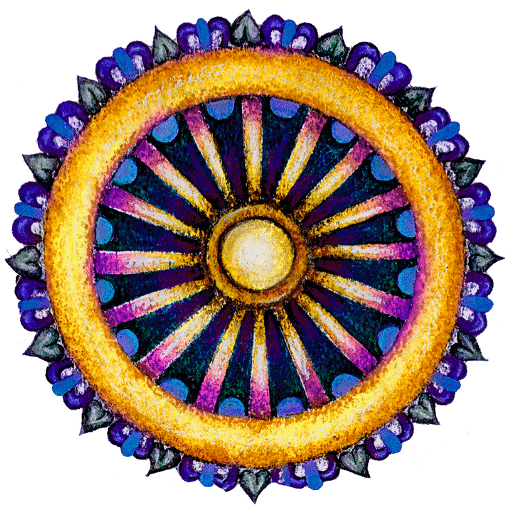 “Great chariot of the entire buddhist teaching, Spiritual friend caring for students without distinction, Free from doctrinal bias, crown jewel of all teachings, I supplicate you!” – Jamgön Kongtrul Lodrö Thaye

Jamyang Khyentse the Great, born in 1820, was regarded as an exceptional master – a scholar, mystic, author, and meditator par excellence. In his youth he travelled all over Tibet, receiving innumerable spiritual teachings, including lineages that were almost extinct. He is known to have studied with over 150 of the greatest buddhist masters of his day. In his late thirties he retired to a small room in the Sakya monastery of Dzongsar, near Derge in eastern Tibet, where for the remainder of his life he practised and mastered the teachings he had received. In many cases he revived the lineage, writing commentaries and passing on the instructions to individuals capable of holding them. He was regarded as the last of the Five Tertön Kings who were prophesised by Guru Padmasambhava in the 9th century, and he held the Seven Transmissions of treasure teachings. His collected works consist of 35 volumes, covering all aspects of mysticism and scholarship, and he also worked closely with his student and colleague, Jamgön Kongtrul Lodrö Thaye, on that master’s famous Five Treasuries.

He was an authority on all the different teachings of Buddhism in Tibet, as well as the pre-buddhist Bön teachings. Shunning sectarian bias, he encouraged his students to appreciate the profundity of all the existing traditions. This approach became known as Rimé, or the non-sectarian approach. He passed away in 1892, predicting that he would reincarnate in several forms.

Born in 1894, Dzongsar Khyentse Chokyi Lodro Rinpoche was recognized as one of the incarnations of Jamyang Khyentse Wangpo, and acquired his name as he took responsibility for Dzongsar monastery. Like his predecessor, he received teachings from a wide variety of teachers, and held and propagated many lineages of meditation practice. He greatly expanded Khamje College, and under his guidance Dzongsar monastery became a great centre of learning.

Almost all of the great lamas of the Nyingma, Kagyu and Sakya traditions of that generation received teachings from this outstanding master. The late Chögyam Trungpa met him as a young man, and recalls:

On our arrival [at Dzongsar], we found that there were more visitors than residents; they had come from all the different buddhist schools of Tibet, for the seminary specialized in a great variety of teachings. We were given accommodation in the monastery and made an appointment to be received by Khyentse Rinpoche the following day. Our party went together for a formal introduction, exchanging the traditional scarves etc. after which the lama talked to me alone. His room had been left exactly as it was in the time of the great Khyentse and still seemed to exude the power of his spirituality. Khyentse came down from his throne and sat on a cushion in front of me with a welcoming smile. There was a sense of peace, happiness and warmth all around him, but there was also a sense of awe, his words were so profound. (Born in Tibet, 1966)

A worldwide network of buddhist practitioners studying and practising under the guidance of Dzongsar Khyentse Rinpoche.